Five Years In, FLEXLAB® Is Thriving

The 2019 fiscal year has been one of the busiest yet for FLEXLAB, an advanced integrated building and grid technologies testbed at the Department of Energy’s Lawrence Berkeley National Laboratory (Berkeley Lab).

The facility recently marked its fifth anniversary and has supported a wide range of projects, from testing emerging technologies to developing and validating new strategies to integrate with the electric grid.

FLEXLAB conducted 17 projects over the past fiscal year, which together encompassed 127 weeks of testing in FLEXLAB’s eight cells. The projects included evaluating technologies for a smarter grid that can respond to fluctuating power demand, validating simulation tools, and analyzing integrated lighting, shading, and HVAC packages.

For example, the Zero Net Energy small commercial office retrofits project established the energy and occupant comfort performance of a set of low-cost energy efficiency measures. This project for the California Energy Commission’s Electric Program Investment Charge (EPIC) program showed that zero net energy performance can be achieved through the use of these approaches without sacrificing thermal or visual comfort.

In another Grid Modernization project for the U.S. Department of Energy’s Office of Electricity, FLEXLAB researchers developed interoperability standards and a test procedure for measuring latency in Open Automated Demand Response (OpenADR) signals.  The project tested three connected systems (lighting, thermostats and HVAC controls), and found that latency was acceptable for providing many fast-acting grid services.

At a collective total of $16.7 million, the projects performed in 2019 represent the highest dollar value supported in any year to date. Cumulatively, FLEXLAB has supported over $37 million in research projects since it opened, more than double the cost to construct the facility.

The momentum continues in fiscal year 2020, with a research project pipeline that is already nearing capacity. These projects are set to result in the highest facility use since our launch five years ago.  Among the new projects are several that will continue to develop integrated system packages to streamline their deployment, as well as projects to define and test the flexibility of building technologies to respond to grid needs. 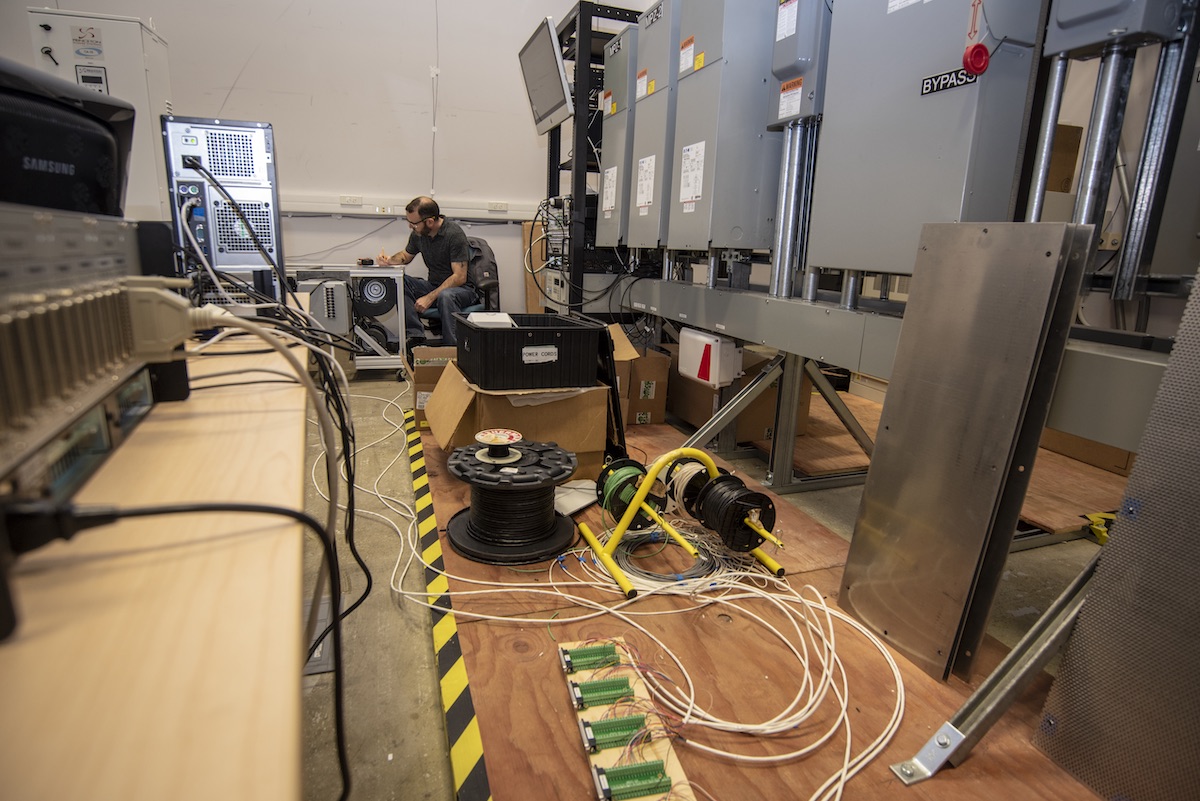 FLEXLAB® has also added new distributed energy resources testing capabilities with FLEXGRID, a system that enables real-time comparisons between demand, renewables, inverters and storage. FLEXGRID offers an unprecedented opportunity to research and develop technologies and controls that span both the supply and demand sides of the grid. With this highly instrumented and flexible infrastructure, separately metered and controllable inverters, batteries and building loads and can be paired with innovative controls strategies to manage energy use and to provid​e value for utilities and customers.

FLEXLAB allows for testing a wide range of building, renewable energy, and storage technologies with a controlled side-by-side ‘base case’. With realistic rooms, it supports evaluation of occupant comfort as well energy performance.  This collection of capabilities is not found in facilities at other DOE national labs or U.S. academic institutions. FLEXLAB meets a critical need to test building and grid technologies for maximum energy efficiency and savings under real-world conditions. Organizations including manufacturers, building owners, utilities and government agencies use FLEXLAB to help support successful deployment of newly introduced products and their effective installation in the field.

“FLEXLAB has continued to provide great value in validating energy efficiency and demand response strategies as well as tools for accurately modeling those strategies,” said Amir Roth, technology manager for the Building Technology Office’s Building Energy Modeling subprogram at DOE. “We’ve been thrilled with the facility’s ability to meet our demands as well as its expansion into new areas of research, including DER integration and building-to-grid interaction.”